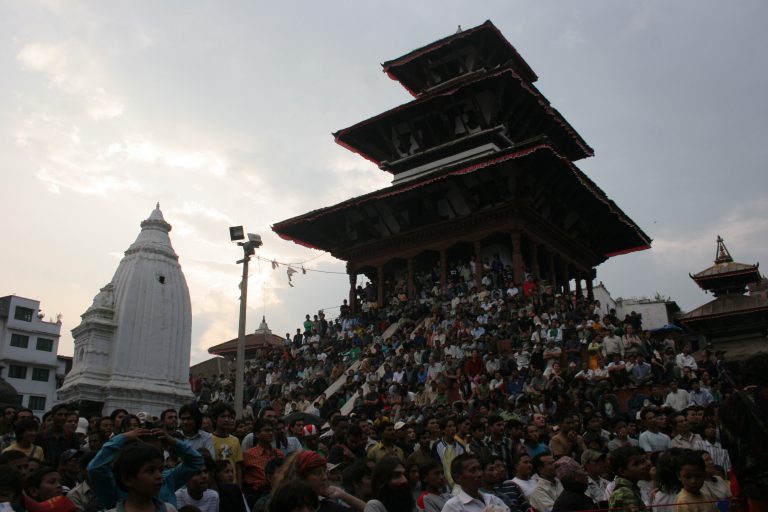 Nepals History
Nepal has seen many rulers and ruling dynasties. The earliest rulers were the Kirantis who ruled from 9th century B.C. to 1st century A.D. Legends and chronicles mention that the Indian Emperor Ashoka had come to Nepal and visited Lumbini, the place where the Buddha was born, and where he erected a huge stone pillar to commemorate his visit to that spot. The Kirants were replaced by Licchavis.

This period is noted for the many temples and fine sculptures built around the Kathmandu valley. The Licchavis were followed by the Thakuris, then came the Malla dynasty. The Mallas ruled focusing mainly on the Kathmandu Valley which has been the residence for most Nepali rulers from time immemorial. No other part of Nepal is as rich in cultural heritage as Kathmandu. Thanks to the exceptionally talented crafts-men, who dedicated themselves to construct the many temples and statues, we have seven world heritage sites in the Kathmandu Valley itself. In the 14th century A.D. King Jayasthiti Malla established a rigid social order. His grandson tried in every way to protect his country from suspected enemy states. Unfortunately, all his efforts were fruitless, everything went beyond his control and the country eventually divided up into 50 small feudal states including the three major ones in the valley.

Then came the Shah dynasty. King Prithvi Narayan Shah who annexed small principalities including three states in the Kathmandy Valley and unified Nepal in a single kingdom. Recognizing the threat of the British Raj in India, he dismissed European missionaries from the country and for more than a century, Nepal remained in isolation. During the mid-19th century Jung Bahadur Rana became Nepal’s first prime minister to wield absolute power. The Ranas were overthrown in a democracy movement of the early 1950s.
Nepal was declared a Federal Democratic Republic state on May 28, 2008, during the first meeting of the Constituent Assembly. It was previously a multiparty democracy since 1990.

Customs
The population of Nepal was recorded to be about 25 million as of July 2002. Eighty-six percent of Nepalis follow Hinduism, while eight percent follow Buddhism and three percent follow Islam. The population comprises various groups of different races which are further divided into different castes. The distinction in caste and ethnicity is understood more easily with a view of customary layout of the population.

Some of the main groups are such: Gurungs and Magars who live mainly in the western region; Rais, Limbus and Sunwars who live in the eastern mid hills; Sherpas, Manangpas and Lopas who live near the mountains of Everest, Annapurna and Mustang respectively; Newars who live in and around the capital valley of Kathmandu; Tharus, Yadavas, Satar, Rajvanshis and Dhimals who live in the Terai region; and Brahmins, Chhetris and Thakuris generally spread over all parts of the country.

Nepali is the official language of the state, spoken and understood by 100 percent of the population. Multiple ethnic groups speak more than a dozen other languages in about 93 different dialects. English is spoken by many in government and business offices. It is the mode of education in most private schools of Kathmandu and some other cities.